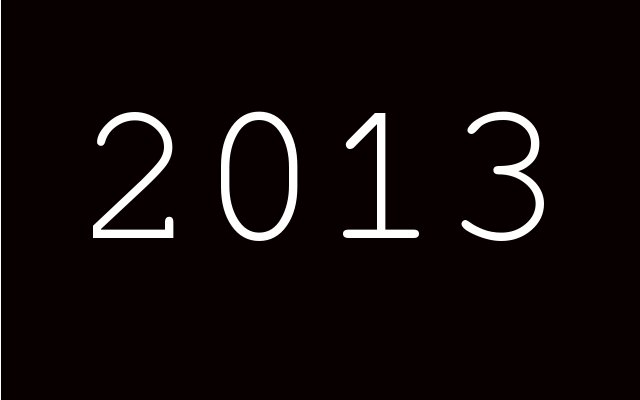 As 2012 draws to a close we take a look back at what we think will be the top five threats to online privacy over the coming year. Think we’ve missed something out? Let us know in the comments below.

2012 was a pretty momentous year when it came to defeating copyright legislation that would’ve had a disastrous effect on online privacy and online freedoms. Both SOPA and ACTA sparked some of the biggest popular protests over internet issues ever seen.

The result was a win for activists, but it also meant that – like common criminals – the copyright lobby and legislators were forced to ‘go underground’ and try to get their legislation implemented through less conspicuous means. A good example of this is the Trans Pacific Partnership, which has shoehorned-in a great deal of SOPA-inspired legislation. Once one or two major economies implement such copyright laws, it will give lobbyists more leverage to get them implemented in other territories.

Given the spread of online data mining and increased value in online information, data breaches suffered by private and public entities are only going to become more common and more serious, until companies and governments alike take the issue seriously. Unfortunately that doesn’t seem likely in 2013, given the record number of embarrassingly big data breaches in 2012, which compromised a range of personal data, from health records and social security numbers, to credit information.

While online copyright lawyers will attempt to sneak their way through the back door, governments are using scare tactics to push through legislation designed to make it easier to spy and collect data on citizens. As we saw recently with the UK’s Communications Capabilities Development Programme, governments will go as far as branding anyone concerned about online surveillance “paedophiles or terrorists”. What happens in places like the UK over the coming months will surely have repercussions elsewhere. Many other countries are coming under pressure from their law enforcement agencies to update communications legislation that was designed for a different age. Such legislation definitely does need updating, but unless citizens remain vigilant, law enforcement will take this opportunity to increase their powers of surveillance on an unprecedented scale.

As online systems grow in strategic and economic importance for both private and government entities, online espionage will increase, with repercussions for individual online privacy. When it comes to espionage perpetrated by governments, we’ve already seen operation ‘The Olympic Games’ spawn viruses such as Stuxnet, Flame and Duqu and there’s bound to be more where that came from. Away from the occidental, there’s also the perceived threat from major Chinese telcos ZTE and Huawei, which are busy winning communications infrastructure contracts in western countries. Whether such fears are justified, and what they mean for individual online privacy, remains to be seen.

The penetration of smartphones and the mobile internet subscriptions is only set to increase. Obviously, in a physical sense, the more connected devices you have the bigger the potential risk that your personal data will fall into the wrong hands. But perhaps a bigger issue to watch is the growing importance of mobile advertising. So far the mobile ad industry has been hamstrung by a number of problems regarding tracking, but these problems are fast becoming overcome. Another sign of a possible boom in mobile advertising is the positive results from Facebook’s rollout of mobile ads earlier in the year. Once advertisers decide to heavily invest in mobile, you can expect more pressure on services and platforms to leverage mobile’s unique features – such as geo-location – in order to boost advertiser ROI. What effect this has on your privacy and personal data is up to regulators such as the FTC, who just a few days ago showed how vulnerable they are to determined lobbying.

As a developer of statistical analysis software I find myself disliking what the tubes are becoming more and more every day. Reports of md5 (or worse plaintext) DB dumps from simple injection exploits makes me feel extremely uneasy. Too many people use the same password everywhere and have no idea that one leaked md5 could destroy their entire online life (especially those who post images of themselves ‘privately’).

I do like what disconnect.me is doing with their ‘Collusion’ software but the problem is more than just cookies and weak / reused passwords. Just the other day I caught someone publicly tweeting ‘Hey gimme a call ###-###-#### I’m boreeeeed’ (I can verify the number posted was in fact hers)… I immediately sent a text suggesting to delete the tweet and never do that again.

Another huge issue I find is that most social media users simply do not care / understand the possible repercussions of freely posting everything and anything online. After reading books such as ‘We Are Anonymous’ (Parmy Olson) and seeing the types of social engineering people do for kicks caused heavy concern for my less computer savvy friends and family.

The solution is educate, not legislate. People will always do things that are illegal, the very fact that it’s illegal will entice them to do such things as exploiting weak systems to obtain lists of users / passwords. Educating computer users that : 1) once it’s on the internet (private or not, including password protected content) it will be there forever somewhere and someone can find it eventually. 2) If it sounds to good to be true I guarantee it is. There is no place that will give you an iPad for filling out a form. 3) If something is free, YOU are the product - no exceptions. 4) SSL is easy to break (google sslstrip) - do not publish content / login to accounts over public wifi (wikipedia MITM). 5) Posting your real name / info anywhere is always risky - I somewhat trust Amazon and Google (though I shudder to think what Google has on me). Be careful guys, the internets are serious business.