ACTA and SOPA: Back from the dead 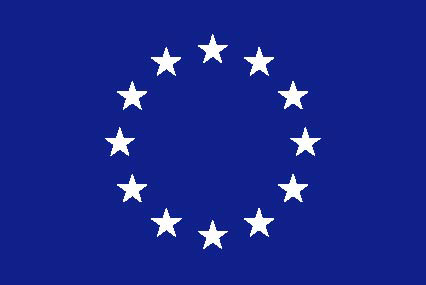 Last week we revisited our round-up of threats to online privacy and scoured the internet for updates on their current status. Well, we probably should have waited for this week to undertake such an endeavour, because two of the internet’s biggest bogeymen (or is it bogeybills?) ACTA and SOPA, have staged something of a comeback – despite looking dead in the water just a few days ago.

Lets start off with SOPA. Cast your minds back to late 2011 when the SOPA protests were at their zenith and the name Lamar Smith might ring a bell. He’s one of the key US congressman behind SOPA and he’s currently trying to drum up support for his new bill, the ‘Intellectual Property Attache Act’, which - ‘surprise, surprise’ – looks similar to SOPA.

More accurately, with the IPAA it looks like Lamar Smith is trying to push through SOPA but in separate pieces. According to TechDirt the bill focuses mainly on one element of SOPA – the expansion of ‘IP attaches’. These are essentially diplomats whose aim is to push pro-copyright legislation in foreign governments. The presumed aim being that if foreign governments and trade bodies implement SOPA-like legislation then it makes it much easier for the US government to simply “fall in line” with global standards. Lamar Smith’s new bill takes the initiative even further, as it calls for the creation of an assistant secretary of Commerce for Intellectual Property.

The IPAA has not yet been introduced, but it looks like Lamar Smith is once again trying to push through a bill that is entirely geared toward the interests of the copyright industry without even consulting public opinion in the US. You would have thought he’d learned his lesson from SOPAs failure and realised the public does not want copyright protection at the cost of their online freedoms. Instead he’s ignored all that and is trying to create a framework that will better allow bills like SOPA to get passed into law. Full marks for being an evil genius!

ACTA – down but not out

But over in Europe things are looking just as bad. Everyone celebrated a couple of weeks ago when it appeared that the final nail had been hammered into ACTA’s coffin. Five EU committees had rejected the bill and the EU Parliament voted overwhelmingly against it. But now the unelected EU Commission is trying to put ACTA back on the agenda. Michael Geist writes that the EU Commission – which negotiates trade deals on behalf of the EU – is trying to get the European Court of Justice to rule that ACTA is compatible with European freedoms and rights. If this appeal is won, then ACTA could be reconsidered.

Geist also argues that the EU plans to use Canada’s EU Trade agreement to push through ACTA-esque measures. As we mentioned above regarding SOPA, the EU can put pressure on its parliament to comply with ACTA-style regulations if a trade partner, like Canada, requests it. Geist says that parts of the trade agreement, which were leaked online, are copied word-for-word from ACTA.

So, instead of taking their defeats with dignity, and instead of respecting the wishes of the people, technocrats, politicians and the copyright lobby will simply try every trick in the book to get their way. It certainly paints a depressing picture, where activists must maintain constant vigilance to keep such complex machinations in the public eye. Will they succeed? Who knows but  expect more of this to come.