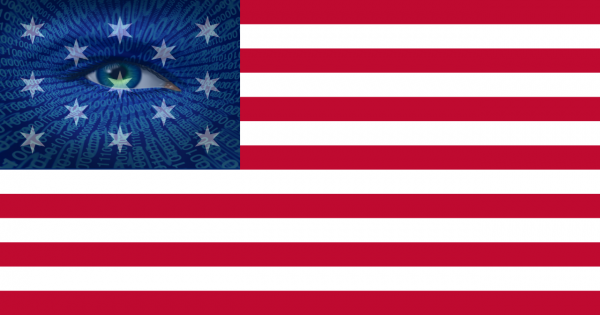 Every year or so we take a look at which US politicians are making a concerted effort to destroy what little privacy we have left on the web. From CISPA-supporters, to Snowden-haters, these are the people who have firmly planted their flag in the anti-online privacy camp, preferring to support entities who are pushing for surveillance and the curtailing of online freedoms. Some of these politicians are historical offenders, with a track record that stretches over decades, while others are new to the debate. Either way, they all deserved to be named and shamed. So read on and let the hate flow through you.

If someone made a videogame around the online privacy debate then Republican Mike Rogers would probably be the end of game boss, complete with a predictable AI routine that involves backing anything and everything that involves more surveillance. This is the man that said you can’t have your privacy violated if you don’t know it’s being violated. He said French citizens should celebrate the fact that the NSA spies on them. And he offered to pay for Edward Snowden’s ticket back to the US to face charges. It therefore comes as no surprise that Rogers is the architect behind the dreadful CISPA legislation, which is still refusing to die. Thankfully, Rogers is planning to retire from Congress in 2015. Get the party poppers ready!

Democrat Diane Feinstein, who chairs the House Intelligence Committee, has tried to strike a moderate tone when it comes to the online privacy debate in the US (compared to those such as Mike Rogers). But in many ways her occasional criticisms of state surveillance have only made her a more insidious threat. This is no more evident than in Feinstein’s efforts to bring CISPA back from the dead in the form of CISA, which many activists claim is worse than the originally proposed surveillance bill. It also worth remembering Feinstein was initially very much in favor of PRISM – when the program was revealed – before softening her position when it turned out the NSA was spying on foreign leaders. Feinstein also helped push FISA through the Senate, which allowed the government to continue collect data under secret court orders. But guess what? Feinstein hates it when her and her own staff are being spied on by the CIA! Oh dear…

Eighty-three year old Republican Howard Coble has a long track record in not understanding the internet and supporting terrible legislation that’s impacted the online space. Most recently he came out in favor of CISPA, no surprise there, but perhaps worse was his introduction of the Digital Millennium Copyright Act in 1997 to the House of Representatives. Most people reading this will be familiar with the DMCA acronym, which has almost become a byword for online censorship and restriction on free expression. Coble also helped push through the NET Act in the 90s, which made it easier to prosecute people for copyright theft. What a set of credentials!

Remember SOPA? Yep that’s partly this guy’s fault. But you have to give some credit to Texas Republican Lamar Smith, as his piracy bill sparked one of the first global protests over an online policy. A great example of how public sentiment can actually  change things. Of course, SOPA isn’t the only evidence of Smith’s Big Brother credentials. The congressman also introduced the FISA Amendment Act in 2012, which extended the NSA’s spying powers and he attempted to expand the Digital Millennium Copyright Act, so police could more easily wiretap file sharers. Lamar’s love of online surveillance also surpasses his loyalty to the great state of Texas. Last year Smith voted against an amendment to curb the NSA’s surveillance powers, despite the amendment being backed by a non-partisan majority of Texan House members.

What do you guys think? Any politicians who also deserve a dishonourable mention? Let us know in the comments.