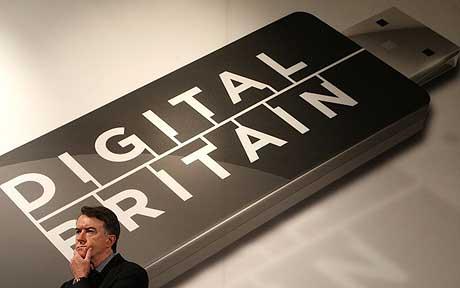 UK internet users may soon face an unprecedented attack on their online privacy, after two of the country’s biggest ISP’s lost their latest court appeal against a government law that forces them to spy on customers on behalf of copyright holders.

After almost two years of legal battles the UK’s controversial Digital Economies Act is about to be given the green light. On Tuesday TalkTalk and BT, the UK’s two biggest ISPs, failed in their latest attempt to appeal against the law and though they still have the option of taking their case to the Supreme Court, success is not looking likely. Once the law is fully implemented anyone suspected of illegal filesharing in the UK will be sent warning letters from their ISP. If these letters go unheeded then users face the prospect of being banned from accessing the internet altogether.

Like SOPA, The Digital Economies Act allows copyright holders to flag and ban a URL that contains copyrighted material, effectively creating a ‘copyright firewall’ around the UK. Given that ISP’s must intercept and examine outgoing internet connections, in order to determine if a user is accessing a copyright-infringing website, the enactment of The DEA means that UK internet users will face severe erosion of their online privacy. The only way to for Brits to avoid ISP intrusion into their web surfing would be to use TOR or a VPN. ****

BT and TalkTalk were strongly opposed to the Digital Economies Act and have spent millions in court battles since the law was passed. The ISPs, as well as anti-copyright activists, argued that the act violated European Laws, clashing with European Union directives on technical standards, authorisation, e-commerce, as well as privacy and electronic communications. BT and TalkTalk also said that the act infringed internet users’ “basic rights and freedoms”, and did not receive sufficient parliamentary scrutiny when it was “rushed through”, under much secrecy, during the final days of the Labour government.

Of course, all of those objections were somewhat a side-show to the ISPs’ real grievance. Tracking all those users, sending out all those letters and blocking all those URLs, will cost BT and TalkTalk a great deal of time, money and resources - these companies will be effectively policing the browsing habits of UK internet users.

“We’re disappointed that our appeal was unsuccessful though we welcome the additional legal clarity that has been provided for all parties,” a TalkTalk representative told the The Register. “We are reviewing this long and complex judgement and considering our options. Though we have lost this appeal we will continue fighting to defend our customers’ rights against this ill-judged legislation.” ****

The music industry is – surprise, surprise – very happy with the ruling and wasted no time pressuring TalkTalk and BT to give-up fighting the legislation and to start enforcing it against their users. “The ISPs’ failed legal challenge has meant another year of harm to British musicians and creators from illegal filesharing,” said BPI chief, Geoff Taylor. “The ISPs now need to work constructively with Government and rights holders to implement the Act.”

As TechDirt points out, there is no real evidence to Taylor’s claim that British musicians and creators are being hurt by illegal filesharing and the new legislation is unlikely to result in users paying more for music than they already do.

The most likely result from the Digital Economies Act – particularly the practice of spying on internet users and threatening them with disconnection - is that more and more young people will grow-up hating the entertainment industry. When the first letters are posted, ISPs will ensure that the inevitable public relations fallout rests entirely on the shoulders of copyright holders. The only viable, long-term, solution left to the entertainment industry is to adapt to new business models and work with ISPs to monetise their content in new ways, otherwise they will be facing-down a generation of angry, victimised, customers.