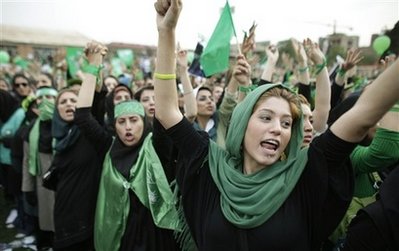 Two thousand, five hundred, years ago Iran connected the world with the first ever global empire, but fast-forward to 2012 and it looks like the Iranian government is about to take a dramatic step in isolating its own population. Iranians are currently facing widespread disruption of internet services, which many experts believe is linked to government plans to introduce a heavily regulated ‘clean internet’.

The Iranian government, which already implements a national firewall, has been deploying multiple strategies to restrict internet access over the last few days. Many Iranian internet users rely on VPN services to access blocked sites that the government believes are pro-western or anti-Islamic. Iranians account for 15% of all Tor users, making Iran the second largest user of anonymisation tools in the world, behind only the USA.

But by using increasingly sophisticated deep packet inspection of SSL traffic, as well as IP address blocking and keyword filtering, the Iranian government has recently been able to block Tor traffic, VPNs and other techniques used to circumvent its firewall.

Many sites use encrypted traffic via Secure Sockets Layer, or SSL, protocols, for basic security. The fact that the Iranian government is willing to go to such extreme lengths to block all SSL traffic, doesn’t bode well. Social networking sites such as Twitter and Facebook, and email services such as Gmail and Hotmail have also now been blocked.

For its part, the Iranian government actually denies interfering with internet traffic. There are many voices within the Iranian parliament itself that believes heavy censorship of the internet is damaging Iran’s economy and making social tensions even worse in the country. But according to most experts, government involvement is almost certain and there are two main explanations.

The first is that the regime is trying to disrupt communications between political activists ahead of the upcoming elections, due to take place in March, and the anniversary of the ‘Green Protests’ that occurred in 2009. This would make a lot of sense as – like with Egypt’s revolution - Facebook and Twitter has played a big role in Iranian protests.

The other explanation is related to plans for a so called ‘clean internet’, which Iranian officials claimed would be launch in May or June.

If Iran manages to pull this off it would be a huge blow to online freedom of speech across the world. Other regimes that seek to control the web, from China to North Korea, will no doubt be watching Iran’s project very keenly. It may not be unreasonable to expect western nations with tough internet censorship laws, such as Australia, to also sit-up and take notice (and let’s not forget the entertainment industry).

Hopefully the resourcefulness of Iranians – a young and highly educated population – and the development of increasingly sophisticated VPN and circumvention tools, will ensure that Iran remains connected to the rest of the world despite the efforts of its repressive government. Given the increasing likelihood of a US and Israeli attack on Iran, it’s never been more important for Iranians to have a voice online.

VPN users need not to worry. There had been a lot of attempts to control internet usage and vpn access yet vpn providers continued to be better as well. I have been using Astrill for the last five years since I travel a lot and it always work fine even in the Middle East.