Android is a trojan horse, just follow the money 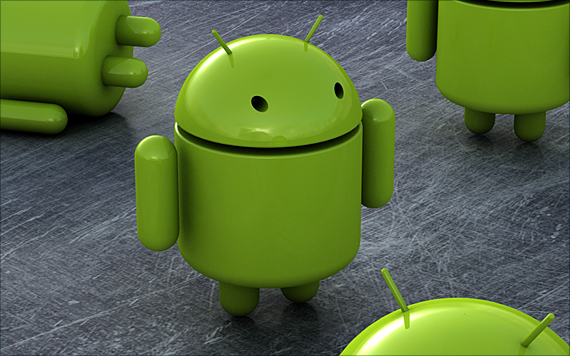 Google’s Android mobile operating system is currently the most popular smartphone platform in the world. In the space of just three years, the OS rocketed from 9% of the global smartphone market share to, currently, 56% ahead of Apple, Symbian, BlackBerry OS and Windows Phone. Android’s growth has been nothing short of astounding, taking virtually everyone in the mobile industry – even Google - by surprise. There’s now over 900,000 Android devices activations per day.

So what does this have to do with online privacy? Well, in case you didn’t know already, Android is different from the other major mobile platforms. Unlike iOS or Windows Phone, Android is given away to any phone manufacturer for free. This has been the main driver behind the OS' success, allowing phone manufacturers to keep their overheads down and target the growing budget-end of the smartphone market. However, it also raises some questions, the main one being ‘how is Android making money for it’s owner – Google’?

Now you may think that owning the world’s most popular smartphone operating system automatically means big bucks. But that’s not necessarily the case. As shocking as it may seem, there’s no clear evidence that Android is making much money for Google. In fact, the reluctance on Google’s part to talk about Android’s success in terms of revenue - rather than its insistence on device activations – suggests that the OS is not monetising very well.

Furthermore - and not many people are aware of this - but Google actually pays carriers and manufacturers to use Android. How does it pay them? Via sharing search advertising revenue. The more search traffic sent via an Android device, the more money the manufacturer of that device, and the carrier whose network it runs over, pockets.

This raises questions about what Google’s strategy is with regard to Android. For Apple’s iOS, the strategy is clear. Apple controls its entire eco-system, from hardware to software, and it uses this to maximise its profits. This approach has turned Apple into the most valuable company in the world and it enjoys huge margins on its products. iOS may have a smaller market share, but it dwarfs Android in terms of how much money it makes.

Google, on the other hand, is playing an entirely different game. It’s intentions appears to involve getting Android into as many hands as possible. Now, you could look at this as a purely defensive strategy, designed to block competitors at all costs. Or you could see it as logical extension to Google’s current business model, which is advertising-based, and works by leveraging the personal data and traffic generated by millions of users.

As I ranted about last week, Google is in the business of selling personal data to advertisers, and has a track record of lying to governments and breaking the law in order to collect data. Mobile advertising is seen as the holy grail for many ad companies, giving them visibility on where you travel and the ability to reach you wherever you are. It only makes sense for Google – the world’s biggest advertiser – to aggressively colonise this space. Android has to be understood in this context.

Remember there’s no such thing as a free meal.  Google has a vested interest in mining your data for all it’s worth and Android is already coming under fire for violating data protection treaties.  If Google cannot monetise Android in a traditional sense – and there’s not much evidence that it can - then it will monetise through marketing, analytics and advertising. When it comes to your mobile online privacy, that strategy is a race to the bottom.

Everyone sells their customers details. Its apart of data-mining. Silly man

If you think Google is like every other company when it comes to personal data, advertising and data mining then I’m afraid you’re the “silly man”.

the problem is, google is everywhere. if you try to avoid their search engine they still have google analytics and google adsense on millions of websites, tracking and coordinating on you.